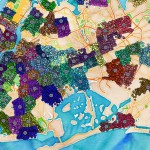 For a recent project I was conducting some fairly dry quality assurance/quality control. In particular, I was comparing whether the population-weighted centroids of ZIP codes (ZCTA, to be specific) we computed in PostGIS matched those computed using QGIS. Given that I was creating temporary, internal maps, to make things more fun, I used the OpenLayers plugin to add a different kind of baselayer. Instead of using Google/Bing/OpenStreetMap I used Stamen Design’s watercolor baselayer.

The resulting maps are a crazy-quilt of color but brighten up an otherwise relatively dull GIS 101 task. And look the centroids match (see the big circles with the little circles inside).

Small circles color-coded by ZIP code and the two central circles (one bigger and one smaller) are the population weighted centroids computed using PostGIS and QGIS, respectively. 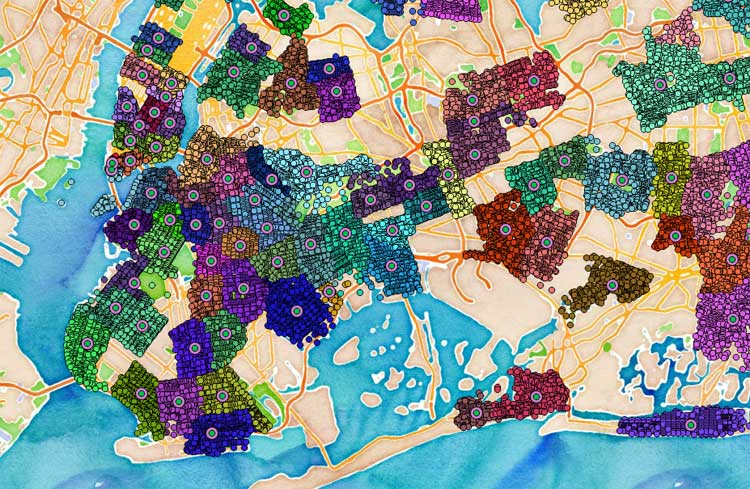 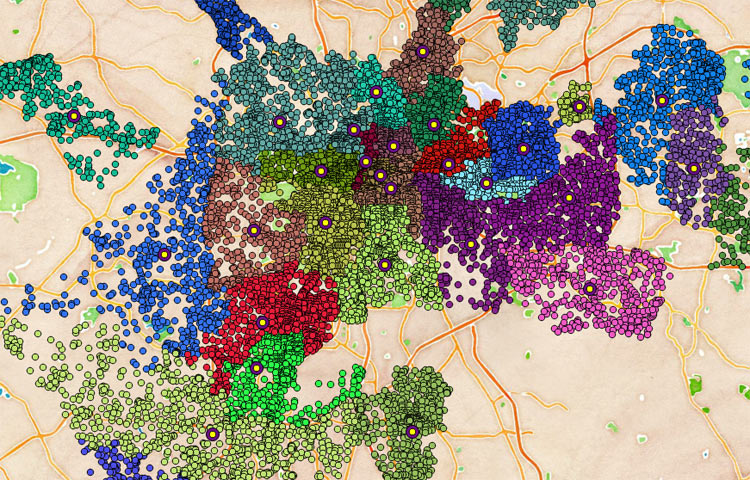